On October 2019 Microsoft unveiled its first entry into the premium blue-tooth audio space with its device the Surface Buds.   With the ear-jack becoming harder to find by the day,  the form factor now officially doomed and abandoned by nearly every current flagship mobile device, many people are now finding themselves in need of replacing they’re favorite wired headphones with new wireless alternatives.   With the influx of new consumers in search of wireless audio devices manufacturers are finding themselves needing to find creative ways to compete with apples ever so dominate entry in the field of wireless earbuds the Apple AirPods.   Microsoft announced the Surface Buds alongside they’re new impressive line up of surface products featuring the latest surface pro, surface book and two new dual screen additions the surface duo & surface neo.   The surface earbuds are a impressive piece of audio tech sporting the latest and greatest in Bluetooth earphone specs.   Delivering omni-sonic sound through its 13.6mm drivers while sporting 2x directional microphones in each earbud to both block background noise and detect voice commands, the buds also feature easy one click pairing as well as voice, touch & swipe features and easy integration with various voice assistants.    Microsoft seems well intent on delivering the latest and greatest spec sheet with the Surface Buds possibly in an attempt to compel some of the most diehard apple fans to consider they’re offering to not only take advantage of premium audio delivery but also they’re currently un-matched productivity features by directly integrating with Microsoft Office. 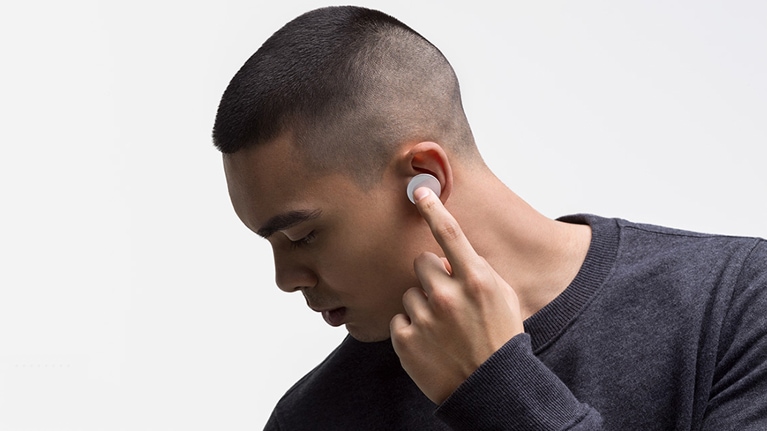 Microsoft’s earbuds will work with Office

Microsoft is determined to set they’re surface buds apart from other high end premium offerings within the Bluetooth earbud space and it seems one of the ways they intend to do so is with its productivity features & applications.   When the Surface Buds are connected to a computer or mobile device with windows they can both open and control many features within Office 365, Microsoft’s subscription based office suite.   The Surface Buds will allow users to voice dictate within Microsoft Word as well as both read & respond to emails and messages via Outlook and maybe most useful of all actually run PowerPoint presentations.   The Surface Buds may prove very valuable to potential consumers regularly delivering PowerPoint presentations by assisting via voice commands and touch swipe to advance slides within the presentation, allowing real time commentary and on the fly language translations via its speech to text software which on its own could be huge.  Imagine being able to seamlessly present presentations, quarterly projections, pitches etc. to foreign investors or partners with no need for additional translators or other barriers due to language.     Microsoft also looks to be positioning its Buds to be somewhat of an always on wearable device to be worn at the office place all day long and assisting in various situations and tasks.    By going for a non complete ear seal and allowing the user to control the amount of noise they wish to block means the user doesn’t need to feel totally isolated the way many deep seated completely sealed earbuds can make users feel.   Microsoft also is shooting for long battery life claiming 8hrs of heavy continued use and up to 24hrs when the mobile charging case has full power capacity to recharge them. 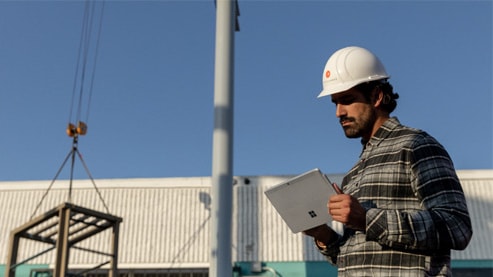 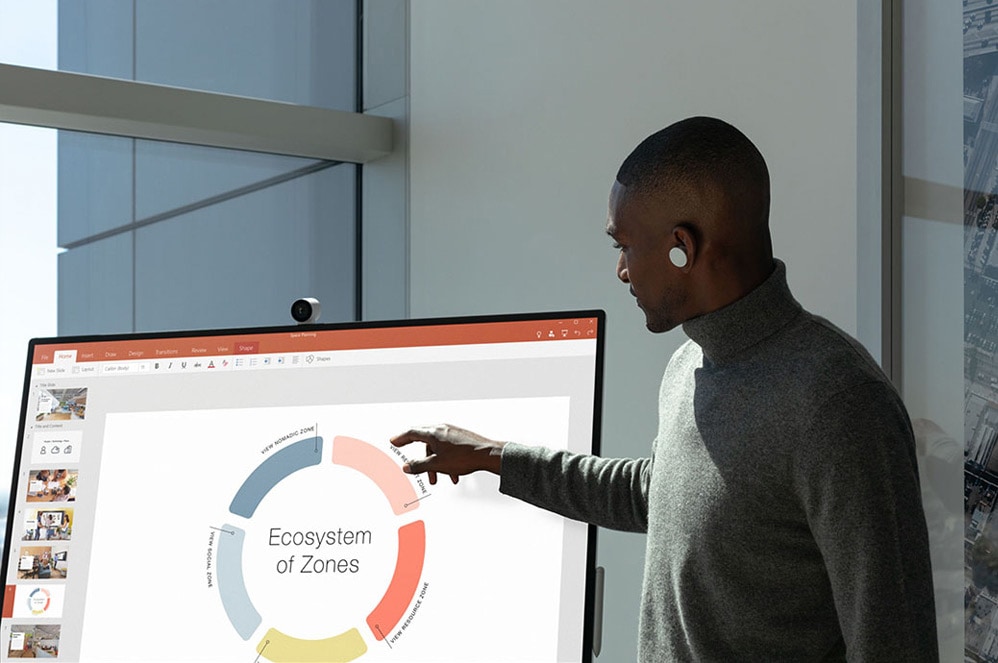 If these buds sound like cutting edge tech its because they are and they wont come cheap.   Microsoft intends to price they’re Surface buds at $249,  pricing them almost $100 higher than the Apple AirPods, which are currently the most popular wireless earbuds on the market.   Microsoft has stated they will release the Surface Buds this 2019 holiday season which should give them some time to compete with the recently released Apple AirPods Pro priced at $199.99.    Microsoft  is going to need all that advanced cutting edge tech to not only compete with the popular almost cult-like following and overall must have mystique effect of Apples product line up, the AirPods specifically but also justify the $50-$90 premium price difference they’re Surface Buds will have over them.    We think however Microsoft is smart to position themselves geared more toward the professional crowd.   With what seems to be the entire mobile space intent on making the headphone jack obsolete, the wireless audio space is set to grow larger than ever before and this means room for larger niches within the space to fulfill different needs.   While apples AirPods deliver a sleek , stylish, small yet premium audio device great for those looking to enjoy music, media and maybe take a few calls during listening sessions.   Microsoft is looking to corner the professional market and office space with a device also capable of premium audio delivery for media and calls but with the added ability of greatly adding productivity via voice dictation , on the fly translation capability, deeply integrated Microsoft office suite functionality plus more while also being well suited for long all day at the office heavy use workplace environments.   While only time will tell how useful Microsoft’s Surface Buds will actually be in real world professional use cases we are excited to see how they stack up against existing productivity tech and look forward to providing a review once they’ve had some time in the wild.  Let us know what you think of the new surface buds and if you plan to pick them up or if you have other productivity tech you prefer instead!

Need help with a project or template?